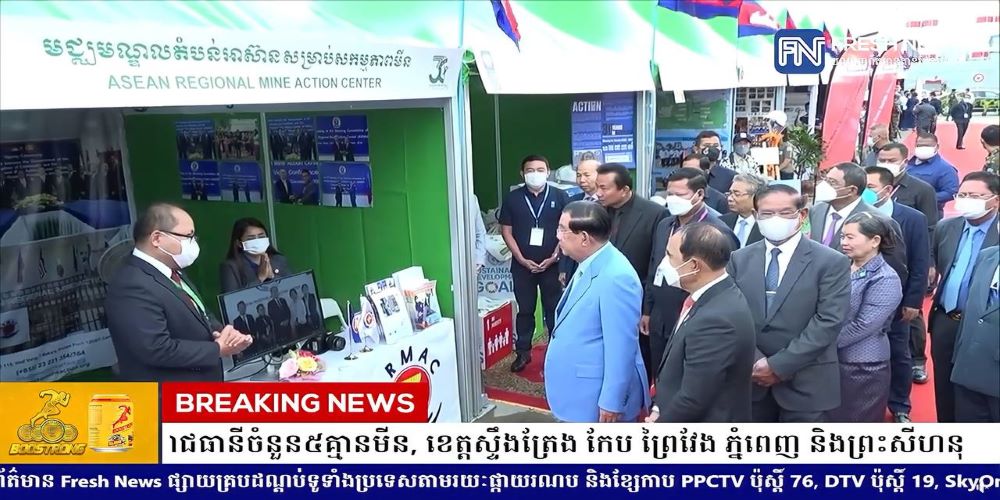 The ASEAN Regional Mine Action Center (ARMAC) joined the Cambodian Mine Action and Victim Assistance Authority (CMAA) as it commemorates its 30-year anniversary in demining efforts in the country. The 2-day event which is held from 21 November to 22 November at Koh Pich Convention and Exhibition Centre featured displays on demining progress and achievements to date, as well as materials, machinery and equipment, demonstrations of manual demining as well as the use of mine detection systems, and detection of mines and explosives by animals such as dogs and rats. Senior Minister and CMAA First Vice President Ly Thuch delivered the opening remarks where he reiterated the significant contribution of development partners, national and international operators and all stakeholders over the past 30 years to the government’s mission to clear the Kingdom of landmines and address the impacts of Cambodia’s wars of decades past. Daniel Craig, UN’s global advocate for the elimination of landmines and unexploded ordnance also issued a statement noting that more than one million Cambodians still live in areas where they are at risk due to landmines.